I’ve noticed that people who wear headphones fall into two very distinct camps; those who just sit there listening to the music, and those who dance.  Now, when I say dance, I don’t mean literally strutting their funky stuff in the street or outside public toilets (those people are in a completely different camp of their own, complete with high gates and heavy medication).

No, I’m referring to those who move ever so slightly to the music; either slaloming their head from side to side for R&B, or nodding along to rock like they’re sucking off an ant.  If you look closely enough it’s often possible to see them mouthing the words.  I don’t mean full on singing; just mouthing.  The ones who sing are mentally unhinged and need avoiding at all costs.

I had one of these singing idiots in a gym once; just him and me.  He was lifting these heavy weights and grunting (as you do), and then in between sets he was singing tonelessly along to something in a high drawn out wailing voice.  It was like working out with Moby fucking Dick.

The last two words there were intentional.

But back to the dancing…

Being a headphone user myself I fall into the ‘dancer’ category.  I often find myself moving my head to the ‘riddim’ and occasionally mouthing the words.  I’m even guilty of walking along the pavement in time to the music like some obnoxious musical, half expecting those around to suddenly fall in behind me for a big dance number.

Why do I do this?  What do I think I look like?

Actually, I think I look cool.

People look at me and I can see they’re thinking “Wow, that guy really knows his music, and he’s got rhythm.   Look, he even knows the words.  He’s SO cool”.  I’m cultured, hip and simply awesome.

However, when other people do it they look like total pricks. 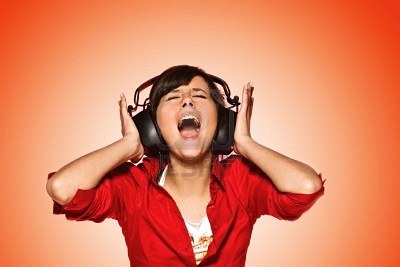