Despite the world cup going on at the moment, I’m really finding a new love for American Football.

That said, I still can’t stop sniggering (or ‘snickering’ if you’re an American, or a lover of chocolate bars) at some of the things the commentators say.

Sure, there are plenty of chuckles to be had at “Nice solid tackle” and “Reached up and grabbed the ball” etc, but I was NOT expecting this…

“They had a tight end split wide” 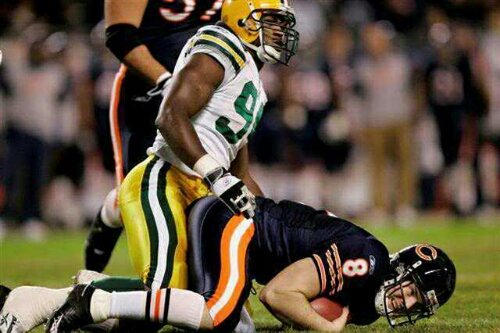