I want to take a moment to look at the word ‘Entitled’.

It’s a common word of which I’m sure you’re familiar.  If you’re not, here’s a dictionary  definition:

verb (used with object), entitled, entitling.
– to give (a person or thing) a title, right, or claim to something; furnish with grounds for laying  claim.

Well, in America, this ‘right’ or ‘claim’ seems to extend to all those walking Bags Of Pus Filled Shit we called pedestrians (or BOPFS for short).

Now, I’m being very specific here; I’m not referring to people in general – of which I have varying levels of tolerance – but I am instead talking about people when they’re in the role of ‘inconsiderate prick’.

As a human being (barely) I have been a pedestrian many times in my life, and there are certain unwritten rules of pedestrianism (is that a word?) that should be adhered to.  These aren’t complicated rules taught in schools or training courses, they’re just common sense rules laced with decency, common sense and manners.

It’s also inevitable that these rules vary slightly in the US than they do in the UK, but surely not enough to send this calm(ish) Brit into a seething rage on a daily basis?

You see, there’s something that BOPFS do here that really pisses me off.  It’s something so fucking infuriating it makes me want to smash the bonnet [hood] of my car into their soft fleshy bodies at high speeds; sending their stupid twatty faces (and Starbucks) up in the air whilst I let out a maniacal laugh that sounds like a donkey with its cock stuck in a milking machine.

What is this thing?

In America, a BOPFS will just walk out in front of you without looking.  Now, I can forgive a  momentary lapse of concentration when crossing in front of a car (maybe you’re reading some awesome blog on your phone), but this happens everywhere, all the time.

In America, like the rest of the world, pedestrians always have the right of way, but that doesn’t mean you have to be a festering dick about it.

In the UK if someone is crossing the street at a non-allocated crossing[1], they will do it quickly so as to not disrupt the flow of traffic.  In a car park [parking lot] they will move even quicker, often smiling and raising a hand to say ‘thank-you’.

In America you’re lucky if the person acknowledges you at all.  They simple walk – no, I’m not going  to use the word ‘walk; that implies speed – they AMBLE out in front of you.

They KNOW you’re there but still they walk out like they own the fucking road and often proceed to slow down.

What makes it worse is that some of them walk at an angle so they’re walking in the same direction as you like a Funeral Conductor walking in front of my car.

My car isn’t a Hearse.

Plus, my car is white, with the potential for a lot of sudden red.

I can’t believe people here have the nerve to abuse their ‘right of way’ entitlement to this extent.  It makes me want to abuse my ‘go to jail for murder’ entitlement.

These people shouldn’t mess with large and dangerous killing machines, especially when they’re behind the wheel of a car.

I should drive around them and then stop in their path, and then when they attempt to walk around me I should keep blocking them. 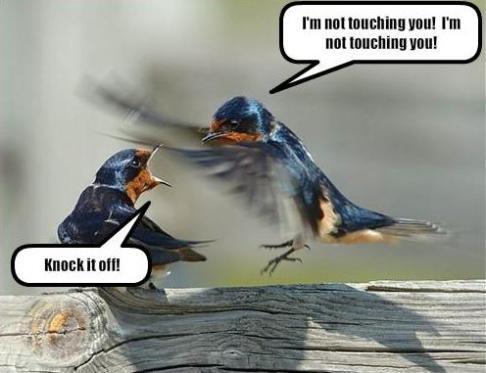 My father in law said a woman once stopped in front of his car and proceeded to adjust her toddler’s clothing while he just sat there, unable to proceed.  Apparently she couldn’t walk the last few feet and do it to one side.

All this in a nation that allows guns.

And this got me thinking about Red Bull.

There seems to be an epidemic of energy drinks in the USA.  People are seriously hooked on them.  The standard can of Red Bull is basically sugar and caffeine.  Add to this that a lot of people drink these back to back throughout the day. That’s a lot of caffeine. 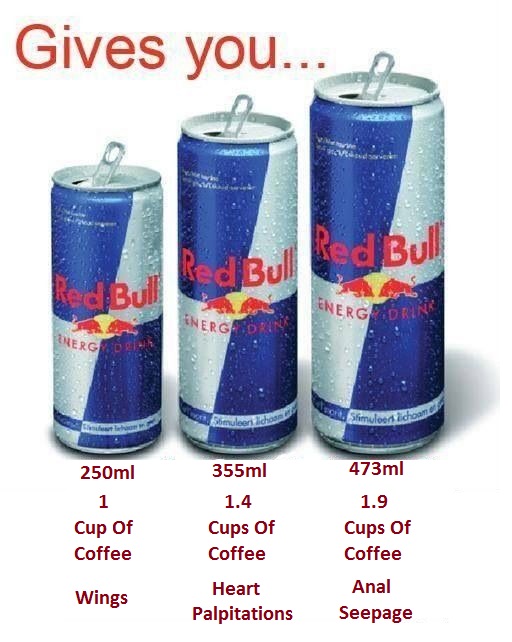 By rights, people should be walking  around like an old black and white silent movie!

So taking this into consideration, why are they all walking so fucking slow in front of my car? 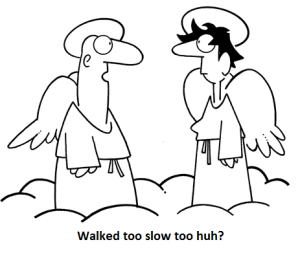 [1] ‘jay walking’ isn’t a thing in the UK.  If you want to get to the other side of the road, you just cross…the…road.  You don’t have to walk 3 miles to an allocated crossing so you can cross the road and walk the 3 miles back to the place where you wanted to be.

6 thoughts on “High on caffeine and as slow as hell”