I have a packet of Weetabix on my desk which is drawing a lot of interest from my work colleagues, mostly because it’s not every colour of the rainbow, caked in sugar and more sugar, and isn’t represented by a cartoon tiger, captain, or fucking leprechaun. 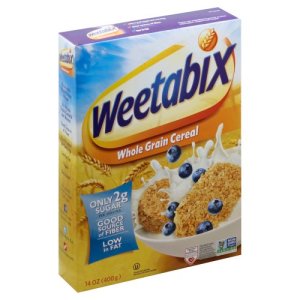 I’ve had comments like, “What the hell is THAT?”, “It looks like hay!”, “Is that rabbit food?”, and “It’s so weird!”; you know, all the encouraging and open minded thinking I’ve come to expect.

But my favourite was about 20 minutes ago when someone walking past my desk stopped, looked at the box, and read the name of it out loud to himself in the form of a question.

Now, us Brits know it’s pronounced ‘WEE-tabix’, with the emphasis on the ‘WEE’

But he pronounced it with the emphasis on the ‘TA’ part, and dropped the ‘Wee’ to a ‘W’, so he said:

I nearly spat my cereal all over my laptop. 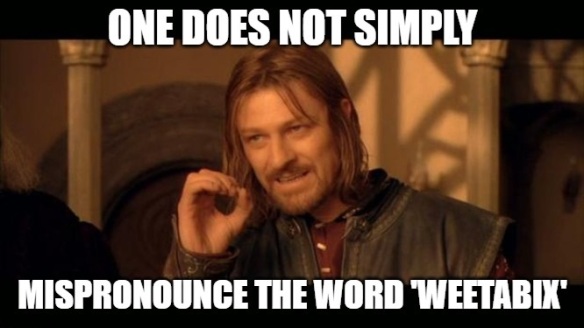