I know I try and stay away from any religious content because, well, America. But sometimes they poke the bear a few too many times and I have to at least growl a bit.

So, this billboard is a real thing over here. 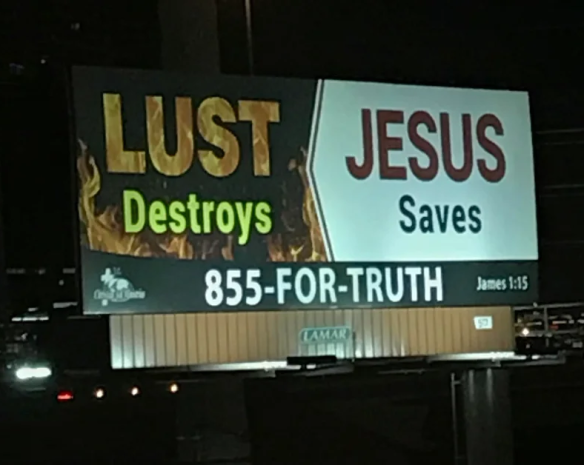 What do you think; a little preachy?

Hmm, I’m not sure these pillocks know how procreation works. Without lust, no-one would be having sex and then we wouldn’t have babies to continue the species.

Oh wait, these twats also put these up. 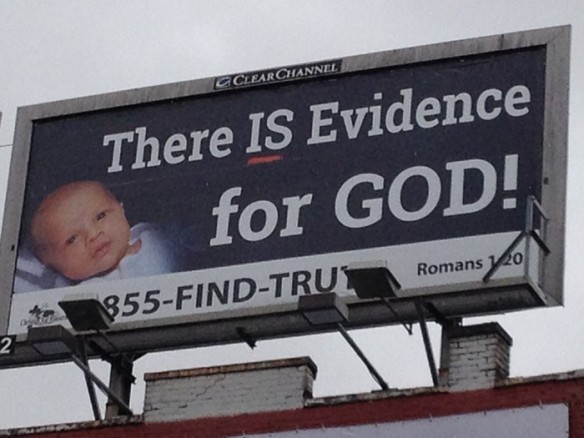 Well, at least Jesus saves. I mean, as long as you don’t count cancer, AIDS, cot death, famine, poverty or any disputes, conflicts or wars in his name. 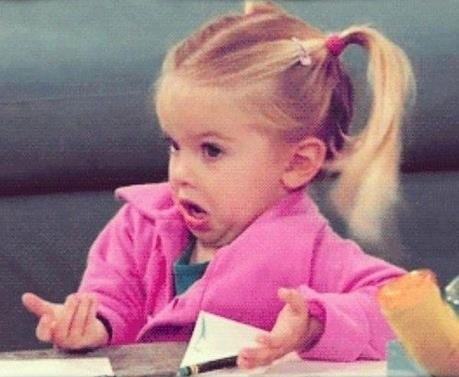 Usually,  when I write a post,  it’s regarding a situation or event that either amused me…or frustrated me to the point where it was simply laughable.

So,  in keeping true to my ‘Life Is Funny’ mantra,  here is a photo of a van I was stuck behind in traffic the other day. 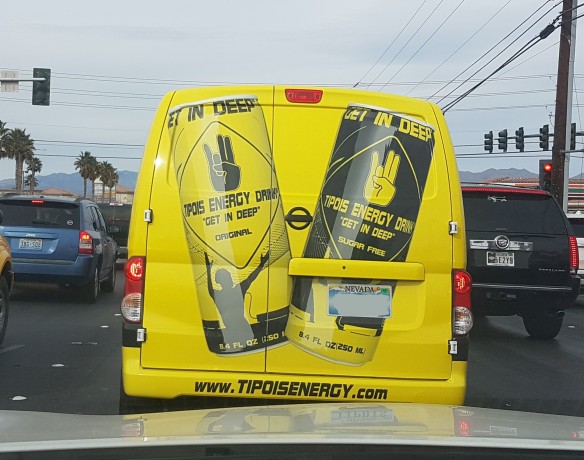 Following on from parts one and two, here is the final category in why the cinema experience isn’t that great.

Bearing in mind I left the comfort of my home to see a film, I still have some issues with the viewing experience. These are:

The same adverts that we’ve seen on TV, but this time they’re the unedited, longer versions that we can’t avoid on the massive screen. Usually we’d ignore them at home by making tea, fast forwarding (if it’s a recorded program) or muting them entirely.

Not at the cinema.

Nope, here you have to endure it all in high definition with super loud digital surround sound. 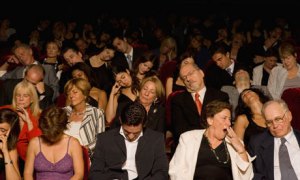 In addition to the adverts for cars, yoghurts, perfumes, mobile phones and alcohol (seriously, what exactly IS the demographic here?), they have at least 3 or 4 adverts about the cinema experience.

Surely these are the adverts that should be on TV?  I really don’t understand the point of advertising a product to people who are already using it.

In addition, they advertise that “It’s not too late to grab a Coke from the foyer”.

This isn’t because you’ve forgotten to buy refreshments, but because you’ve already finished your drink during the 40 minutes of crap you’ve had to endure prior to the film.

Blurry screen, sound out of sync, all the lights staying on, lines and marks on the picture throughout, bad sound etc… I’ve experienced it all.

The daddy of technical fuck ups, however, was back when ‘Star Trek: Into Darkness’ was having its run back in 2013. I had already seen it in 3D, but I really wanted to see it again in IMAX so I decided to go to a late night showing [1].

The film got to around 10 minutes from the end when suddenly the screen went pitch black. The sound was still going on, but there were no visuals.

Never before has a film’s title been so appropriate.

After everyone in the cinema had heard the end of the film, a staff member came out and apologised.  He then said they were going to restart the film from the place we’d lost the picture.  We all breathed a sigh of relief and sat back to watch the last 10 minutes properly.

They started it from half way. The film is over 2 hours in length.

I was getting tired, but I decided to Klingon until the end of the film.

I eventually left the cinema around 2am.

I hate this moment in movies.

It’s that span of silence between the BBFC film card… 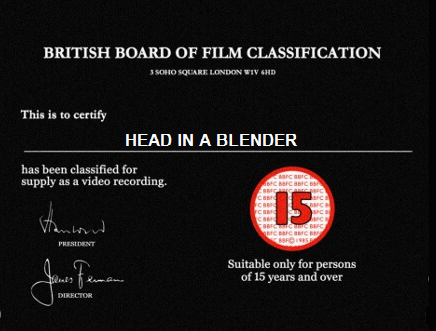 …and the first bit of anything actually happening on screen.

The reason I hate this is because people are unable to put away their phones or stop their inane conversations until something actually happens on screen to distract them.  They’re like fucking cavemen seeing fire for the first time.

Once something happens (dialogue, action, anything), their conversations die down and their phones (mostly) get put away.

It’s like distracting a crying baby with a set of jangling keys. 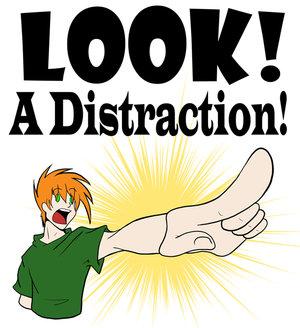 The only Limbo moment that I love (which always commands total silence in a cinema) is the one between the 20th Century Fox fanfare and the trumpet blast of the Star Wars opening Crawl.

That silence is gorgeous.

Then the ‘Lucasfilm’ logo comes up, sparkles for a bit and disappears, followed by the words: “A long time ago in a galaxy far, far away….”.

Without exception, I get goosebumps of anticipation every single time.

In fact, I’m getting them right now, just thinking about it.

I felt a pang of sadness when I heard that Disney had bought the franchise.  Not because I think they’ll make it all childish (after all, George Lucas was responsible for Jar Jar Binks and Disney did a great job with the Marvel franchise), but because I was going to miss the 20th Century Fox/Star Wars crawl combo.

Will we get that goosebump moment?

I really hope they open with an X-Wing or the Millennium Falcon flying over (or through) the Disney castle at the beginning. 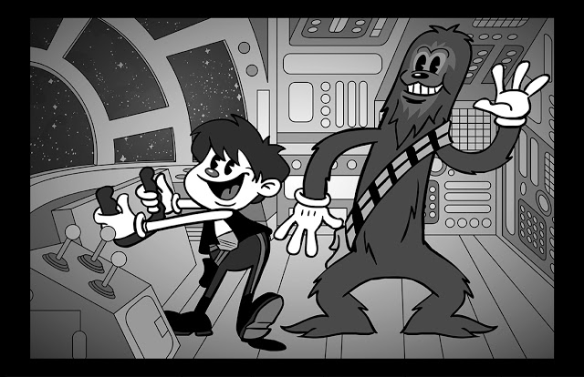 Anyway, all this got me thinking about how I’d love the cinema experience to be.  How would I run the cinemas if I was calling the shots?

Well, here are the rules and regulations I would put into place:

That will do for starters, although I get the feeling I may have gone a bit too far here.

At the end of the day, it’s all about the movies.

I love movies and I will always love movies.  To be honest, I don’t think I’ll ever stop going to the cinema because, despite its shortcomings, it’s easy to forget all the hassle when you’re engrossed in a really good film.

One day I will find the perfect cinema experience (in a galaxy far, far away?), but until then my search will continue.

[1] The best time to go to the cinema is for a VERY late showing, ideally around 11pm. Then it’s usually only you and some fat guy in a black t-shirt.  On this occasion there were a small handful, just like the popcorn in rule number 3.

This morning I saw a packet of popcorn that claimed to be hand popped.

(accidentally deleted an image here – click to read what happened!)

How exactly does one ‘hand pop’ corn?

You would need some seriously hot hands. 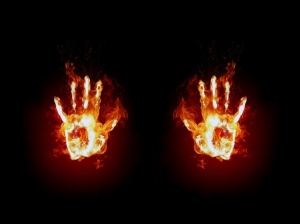 This got me thinking about those shops advertising their sandwiches as ‘hand cut’. I assume this is to make them seem more appealing by conjuring the belief that love, attention and care has been taken over your particular sandwich by someone who really loves making sandwiches.

To me this conjures images of someone manhandling and fondling my sandwich. I don’t want deep finger dents in my bread, thank you.

Also, doesn’t ‘hand cut’ imply the sandwiches are being cut using their hand and not a knife? That would just make a mess. 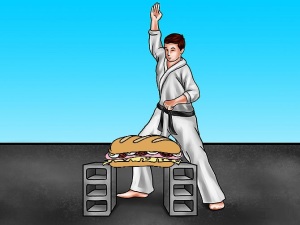 This madness needs to stop.

It’s assumed that sandwiches aren’t cut by a machine, and we’ve come to terms with popcorn being popped in some big heated metal contraption of some kind; you don’t need to tell us otherwise.

Oh and it’s not ‘real home cooked food’ if you’re not at home.

As we all know, doctors and ambulances tend to have ‘Doctor’ or ‘Ambulance’ written on the bonnet (hood) of their vehicles in reverse. This is for 2 reasons.

Well, this morning whilst walking to work through central London, I saw a small van attempting to adopt the same principle whilst advertising its plumbing and cleaning services.

I say ‘attempting’; it looked a little something like this:

How was that supposed to be effective?

It wasn’t tall enough to be read through the rear window in stationary traffic anyway. Plus, the text was so small it was virtually impossible to read unless your rear window was a huge magnifying glass.

Now THAT would scare the shit out of anyone driving behind you.

“Honey, the children in that car in front are huge!”

This got me thinking.

Assuming you COULD read the writing on the van behind you, and assuming you DID need a plumber AND a cleaner simultaneously, who the fuck has a pen and paper at the ready to take down all those details whilst driving?

Whilst travelling on the tube this evening, I saw a poster for a phone network that had Yoda on a poolside diving board. Yoda!

Star Wars is sacred and awesome.

I’ll even concede that the prequels, despite being nowhere near as good as the original trilogy, weren’t all bad…except for Jar Jar (I’sa wanting to punchy puncha da fishyfacey Binks betcha betcha). So to see the wise green Jedi master reduced to advertising talk plans makes me want to go all Bantha-shit crazy on their asses and shove a lightsaber up their thermal exhaust ports.

Come on George, have some dignity!

I’ve also seen Darth Vader advertising all sorts of shit in the past. Unless its Ventolin or black Turtle Wax, it’s not on!

I have a bad feeling about this.

And don’t even think about touching R2-D2; there will be blood. 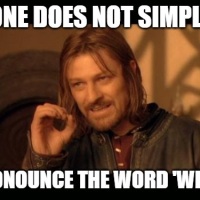 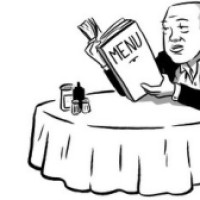 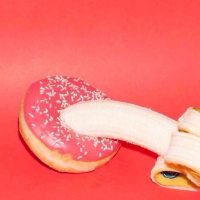 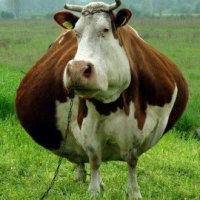 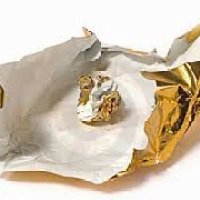 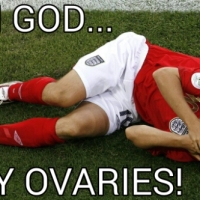 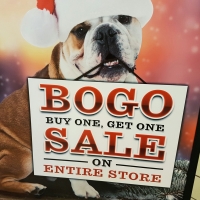